Crypto markets have been doing a relief rally for the losses that occurred over the past weeks With major currencies like Bitcoin and Ethereum up over 7% and 9% respectively.

Therefore this relief rally could be a sign of bottoming out after a long nine weeks of losses. With the Bitcoin having been found its strong support at $29000 and its RSI reading at 30 (which shows the strength of momentum at a given period of time), clearly makes it evident that bitcoin is running for a leg up in the coming weeks.

It would be no surprise as a leg up for Bitcoin is generally followed up by altcoins as the dollar circulation in the market increases with the rise in prices.

Talking about Ethereum, it has seen a sharp move since the past weekend, clearing breaking out from a downward channel plotted since May 15th. Further signs of upward price points for ETH can be said to be around $2000, $2150, and $2300 levels. For if the market keeps the upward move strong, ETH can show a cumulative growth of 25%.

On the flip side, as witnessed on Twitter yesterday, a pseudonym crypto trader, Pentoshi, told his 556,200 followers about a potential rally poised to come to greater levels for two Ethereum challengers(alternatives).

Pentoshi’s tweet included hints on the Solana busking out of the bear path with an 18% upside potential in the coming week. This is because the trader has been showing overly bearish sentiment on the crypto while the coin hovers around its crucial support prices. 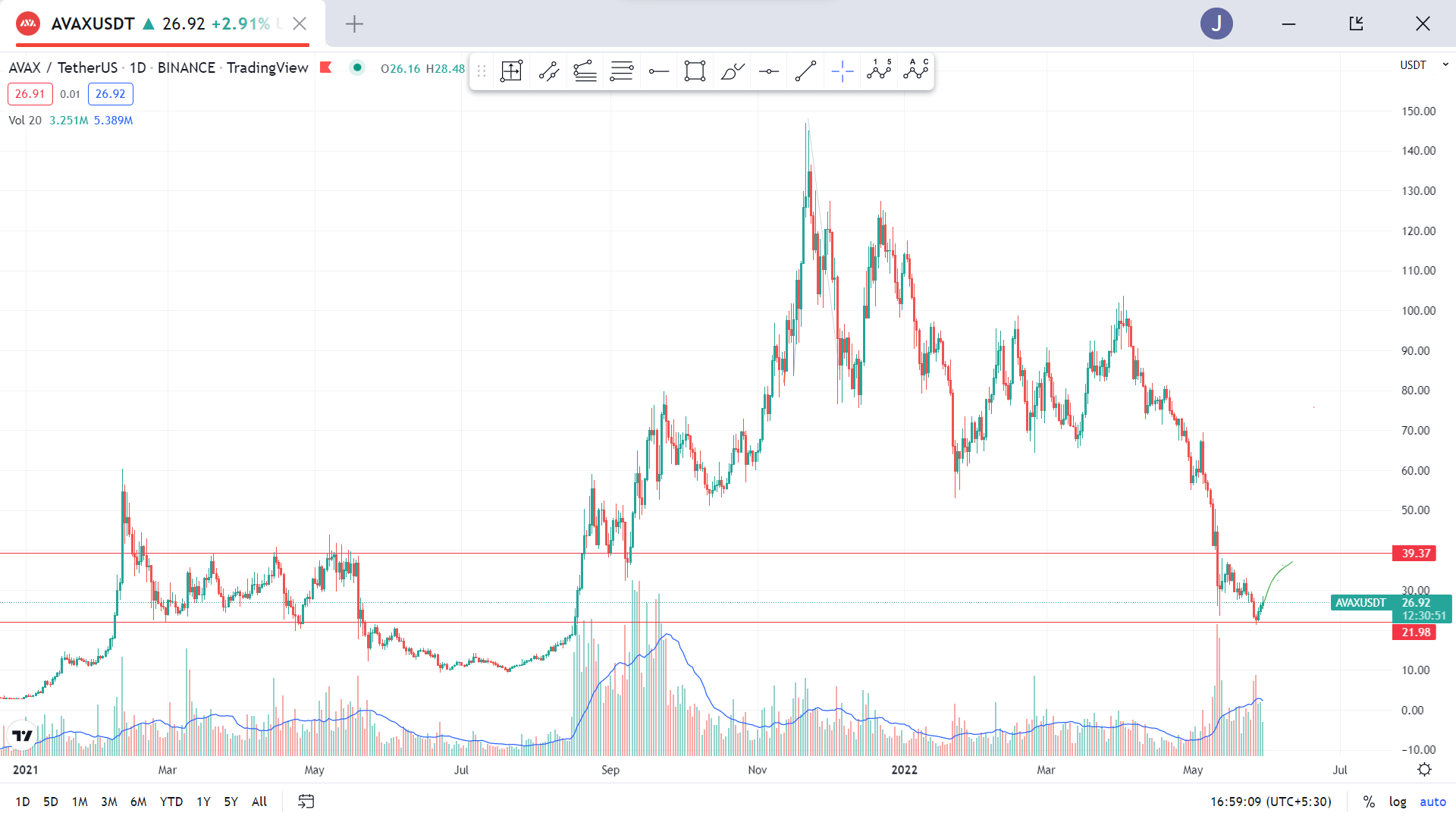 Second in the line also has a smart contract platform avalanche (AVAX). As said by the crypto trader, Pentoshi, the specific crypto has the potential to maintain its price levels above $25 and hunt for the $40 target very soon.

Advertisement
Related Topics:AvalancheavaxbitocincryptoethSolana
Up Next