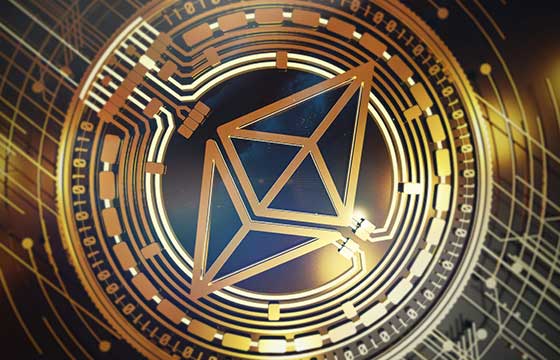 The cryptocurrency markets are in a bloodbath, with prices dropping significantly over the past few weeks. But apparently, this has not stopped innovations, as testing on the world’s largest smart contract and decentralized app network, Ethereum, is still going ahead at full steam.

The long-awaited Merge of Ethereum is moving towards its testing phase, but not quite at the pace, many are hoping for. The next major milestone in the testing process is a critical one, as it will be on Ropsten-the largest and primary testnet for Ethereum. This network has many features that are closest to what we can expect from mainnets!

The Ethereum client developers have announced that the Ropsten testing network will be merged on June 8th. The mainnet Merge is still on track for later this year, but it’s unclear when the update will happen as there would be no official announcement.

The closest full Ethereum environment to test the proof-of-stake consensus upgrade is on Ropsten.

Ropsten testnet is getting merged on June 8!

Ethereum has been attracting a lot of negativity from the crypto community and its detractors because it’s taking so long for them to implement their network upgrades. This might sound like a no-brainer, but it’s often better to be slower and more stable in the long run than rushing things only to suffer multiple outages and major reliability issues.

The Merge will not lower gas fees, as this is only possible when sharding or some other upgrade for scalability of the network happens in the future. In an effort to increase blockchain efficiency, EIP-4844 development is currently underway for a new type of transaction called “Proto-Danksharding” that will process “blobs” (or small pieces) of data on behalf of users.

The Merge is the most significant upgrade to consensus in over two years and will transition us from proof-of-work, which has been largely ineffective at securing transactions on blockchain networks like Bitcoin or Ethereum due to its high energy consumption requirements, to proof-of-stake. With this new update, Ethereum can finally enjoy a greener future without fear of being labeled as an energy hog.

Developers are worried about the lack of diversity in Ethereum clients. It would seem that Ethereum’s client diversity is limited, with most testing and operations being done on just one or two clients. The good news is that the number of diverse clients has increased over time, with more consensus players getting a greater share in the action.

– Coinbase switched a bunch of validators from Pyrsm to Lighthouse 🚀
– Prysm's fraction is a slight underestimate due to confusion with Nimbus
– Lodestar is back! pic.twitter.com/Bv8rxn79Lu

Although Ethereum has been working hard to be more environmentally friendly and plans for scaling improvements in the future, it’s still dealing with some setbacks because of current market conditions. 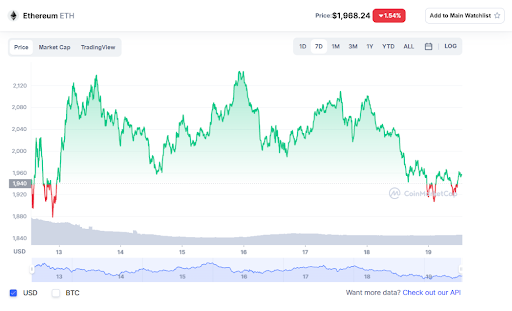 The price of Ethereum has been on a rollercoaster these past few days. The ETH has tanked a further 4.3% on the day, dropping it below $2,000 for the second time this year. The cryptocurrency is currently trading at $1,964 after falling to an intraday low of $1,908 during Thursday morning’s Asian session but recovered much quicker than expected.

Advertisement
Related Topics:Crypto newsCryptocurrenciesethEthereum
Up Next