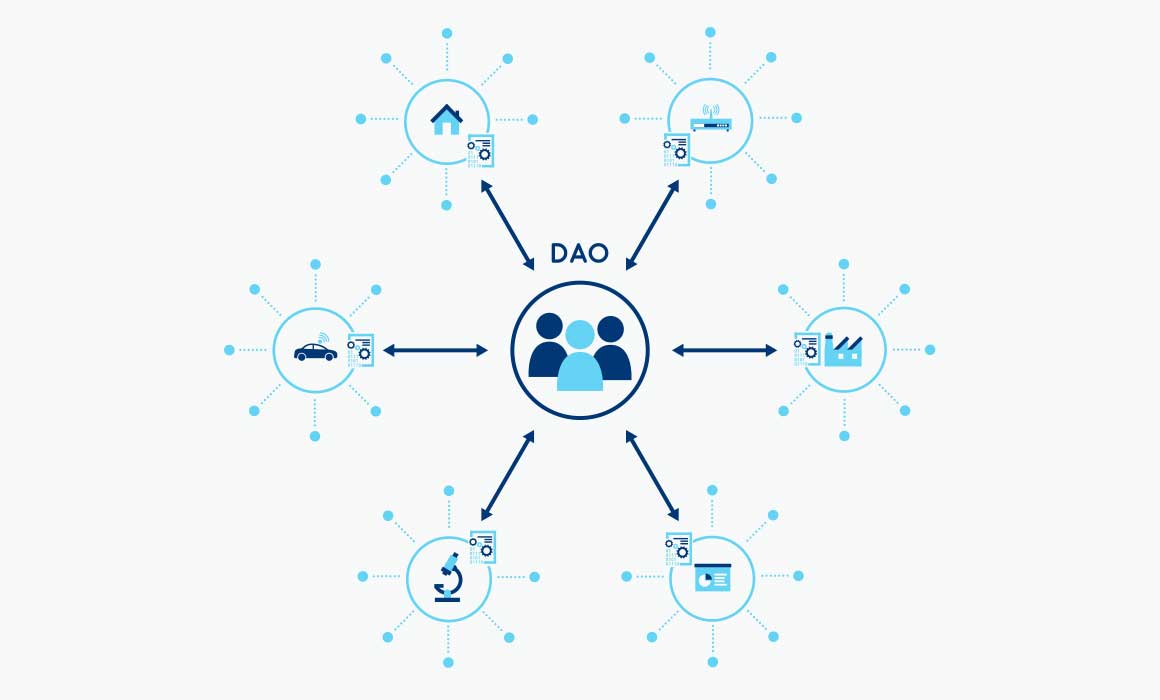 What does DAO mean?

When you hear DAO or Decentralized Autonomous Organizations, picture them as an internet community with a shared bank account collectively owned and managed by its members.

DAOs are community-led entities with no central authority. They are effectively “programmed” into a series of smart contracts; stored on a blockchain and built-in treasuries that no one can access without the group’s approval. Code runs DAO on the blockchain instead of a hierarchical leadership system. The smart contracts used dictate the basis of the decision-making (governed by proposals and voting) and the organization’s management.

How does DAO work?

DAO operates via smart contracts deployed on many blockchains. These smart contracts outline and establish the DAO’s rules, which can only change via vote – individuals with a stake in a DAO get voting rights and the opportunity to influence how the organization operates by deciding or creating new governance proposals. This archetype prevents DAOs from getting spammed with proposals.

Once rules are formally written onto the blockchain (open-source), they become transparent, highly verifiable, publicly auditable and fully autonomous, which lets a potential member view the code, understand how the protocol functions at every step, and audit their built-in treasuries because the blockchain gives a record of all financial transactions.

Establishing an organization that involves funding requires trust, particularly the people you work with. With DAOs, there is no need to trust anyone because, with just the DAO’s code, there is 100% transparency and verifiable by anyone. DAOs allow break free from reliance on traditional institutions.