Amid the stormy weather surrounding the Crypto market, some projects seem to be unfazed by the conditions boosting the development activities on their respective blockchains. Notably, some projects within the Crypto sector strive to stand out to meet the community’s demands, for instance, Ethereum.

According to blockchain analytics platform Santiment, Ethereum (ETH) is among the projects with the most development activity in the last month at 401. 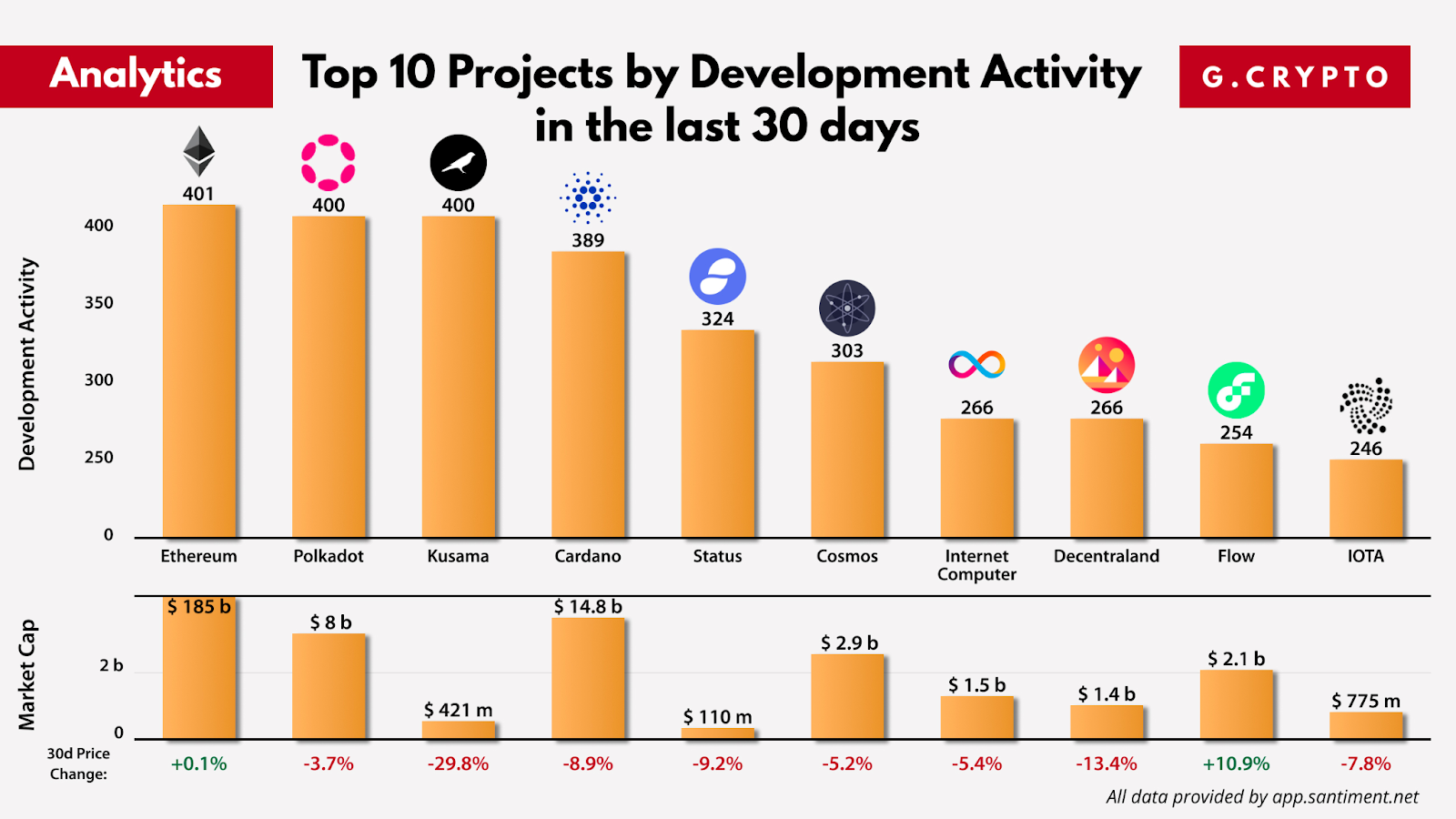 Santiment relies on Github repositories, with free access to complete historical and real-time data regarding the project. This tracking only focuses on development-related events.

Ethereum’s development activity has geared up due to the much-awaited Merge upgrade that sees the network’s transition to the Proof-of-Stake (PoS) protocol. Notably, as the development has soared tremendously, more projects are likely attracted to the platform and will look to invest in the new version of the ETH blockchain.

Furthermore, there are chances that the network will be deemed better as the number of projects might also accelerate the post-Merge period.

Additionally, the developer activity has been touted to be correlated with market conditions. In most cases, developers work on a blockchain during bullish market conditions; however, the numbers don’t tumble during a bear market.

According to the Blockchain Developer Analysis Report by Electric Capital, 18% of all open-source crypto developers prefer the Ethereum ecosystem. Ethereum has 4x more devs than Bitcoin.

In the last 30 days, Ethereum exhibited the most bullish sentiment in the wake of the Merge upgrade, with its price topping the $1,800 level. Nevertheless, the recent price correction has not affected the development activity.

Historically, the Ethereum gas fees have been a significant pain point affecting the network’s development activity. This gas fee partly disincentivized developers and resulted in a stalemate with no solutions.

However, since last month Ethereum’s gas fees hit the lowest level in almost two years, hitting 13 gwei. Other blockchains like Cardano are still relentlessly working towards improving the network, attracting more developers ahead of the Vasil Hard Fork to enhance the network’s scalability.

In 2021, Cardano was the most active crypto project with the highest development on Github. Cardano emerged ahead of Kusama, Polkadot, and Ethereum.

Bitcoin Is Not a Hedge against Inflation, Says Anthony Scaramucci