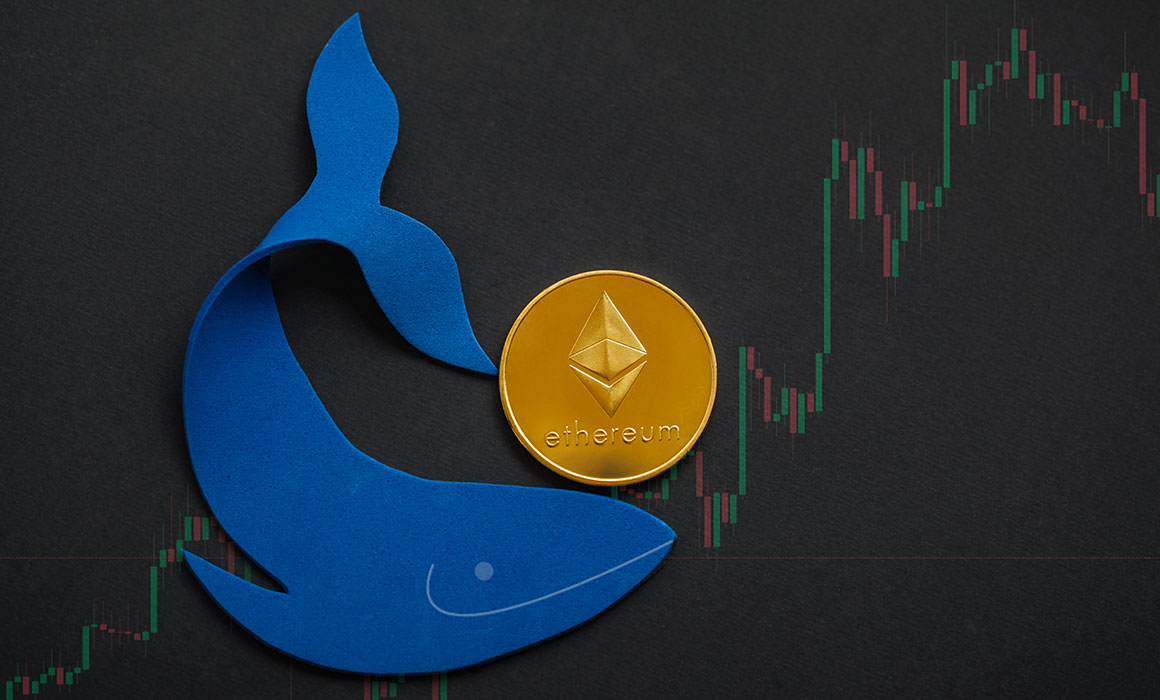 The entire Ethereum market is still in the heat of the crypto winter, and most cryptocurrencies are now miles below their all-time highs.

The year 2022 heralded several upgrades on many blockchains, including ETH. And although the market expected the price of the cryptocurrency to react positively to this historical epoch, it has declined. It is now fighting to stay above one of the last supports holding it up.

Over the last few months, the barrage of negative price action and market sentiment on Ethereum appears to have no end. The latest in the long line of Ethereum’s woes is the news of its key stakeholders’ recent behavior over the past five weeks.

According to blockchain analytics firm, Santiment, whales have dumped about $4.3 billion worth of ETH in this period. This explains the bearish price action Ethereum has witnessed ever since.

In detail, Ethereum shark and whale addresses, defined as addresses with ETH holdings worth between 100 million – 1 million, have collectively gotten rid of 3.3 million ETH from their holdings in five weeks.

This dump has played a role in derailing Ethereum’s position against bitcoin.

Over time, before the Ethereum merge and the dump that came after, the ETH/BTC ratio stood at around 43%. However, since the dump started, there has been a 12.7% drop in this ratio.

Naturally, the behavior of the whales on any cryptocurrency is bound to affect its price action. With some of the biggest players on Ethereum dumping their holdings, the price of ETH has declined 26% since its pre-merge highs around the $1,770 zone on September 10. It is now worth about $1,300 at the time of writing.

In early October, an analyst from CryptoQuant raised published a post stating that the whales were probably the ones controlling and manipulating the market.

According to this analyst, the whales were sending their holdings to exchanges, raising the prices of ETH, and then selling these coins for higher profits.

Surprising Stability despite the Dump

Despite the dumping from the whales and the price decline that followed, Ethereum has managed to stay above the $1,200 zone.

The Ethereum network, despite its bearishness, has added an extra 90,000 addresses per day on average since the historical Ethereum merge.

Data from Ultrasound.money also shows that Ethereum has become deflationary for the first time since its merge with the Beacon chain.

At press time, about 6850 ETH has been released into the market as mining rewards, and the cryptocurrency trades at $1,318 at the time of writing. In all, the cryptocurrency has managed to maintain a market cap of about $159 billion.

Overall, the price action of Ethereum is still stuck inside its post-merge price range between $1,400 and $1,200 since late September.

Ethereum appears to be moving in for another retest of the $1,394 zone and is currently facing resistance from the 50 and 100-period moving averages (red and yellow lines).

If the price of Ethereum successfully tests and breaks the $1,394 resistance, an upward rally to the $1,500 zone is possible.

However, if the price of ETH gets rejected along this level, a pullback to the $1,210 zone is possibly the next line of price action.