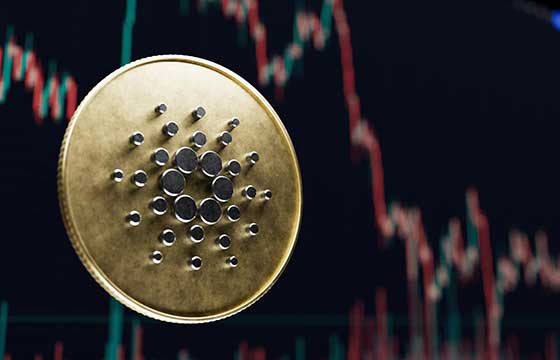 Amidst the recent stormy weather surrounding the crypto market, Cardano and its Vasil hard fork continue to face community criticism.

Cardano ecosystem developer Adam Dean recently claimed Cardano’s testnet has a “catastrophic” issue due to an undiscovered bug in Cardano’s Node v 1.35.2. This bug creates incompatible forks, which slipped under the radar of the previous testing.

This raised a small conflict between the operators of stake pools on Cardano and the founder of the project, Charles Hoskinson.

Hoskinson has refuted claims that the Cardano’s testnet is “catastrophically broken,” implying the need to move forward with the long-delayed Vasil hard fork.

What happened to Cardano

Hoskinson has argued that the coding issue found on that node version had been removed in the 1.35.3 update, sharing his frustration that further testing would eventually delay the launch of a much-awaited hard fork.

However, a prominent Cardano enthusiast operating a Logic stake pool and the Plutus platform stated Cardano nodes of versions 1.34.1 and 1.35.3 are normalized and working following the terms of use of smart contracts.

During an Ask-Me-Anything, Hoskinson also said that there’s been an “unfair narrative” floating around Cardano blockchain and its testnet issues, which he called “incredibly corrosive and damaging.”

He also noted that one of the results of the Vasil hard fork would be a new governance process and more inclusive structures leading to more helpful code and “faster developments.

Hoskinson also urged the Cardano community to get together and then move on to the higher ground and fix some of the project’s original sins so Cardano could grow to its next level.

Cardano price analysis remains bearish as the price struggles to overcome the persistent downtrend that has caused a decline worth more than 20% in the past week.

On the 24-hour candlestick chart for Cardano price analysis, the price has witnessed a slight recovery over the past 24 hours to end the descending pattern. ADA price remains well below the 9 and 21-day moving averages, alongside the crucial 50-day EMA at $0.4976. The RSI also shows a slight recovery from lows of 35.99 on Friday to recover up to 40.34 currently. Meanwhile, trading volume over the past 24 hours dropped almost 14 percent, showing positive signs of price recovery as selling action has declined.

In addition, the MACD curve continues to withstand below the neutral zone and can be seen forming lower highs at the current trend, hinting at further bearish dominance.

These Technical Signals Suggest BNB Would Rise above $360

Ethereum Staking Accelerates Ahead of the Merge, Will It Help ETH Recover?