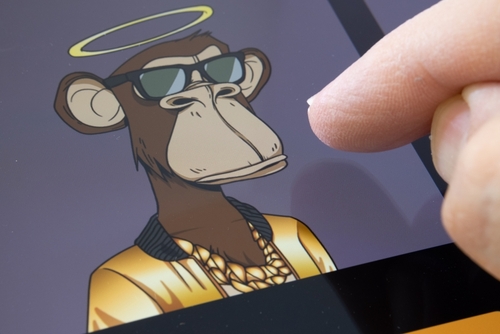 Ape hit a value of $27 last week and shredded $5 some moments after, making it maintain its value at $22. However, although the coin has not reached it all high price at $39.40, it has greatly increased in value against its previous.

However, the larger market’s bearish trap has pulled APE’s price down to $16.55 at press time. Learn more about Apecoin here

Also, in the last week, the Ape coin was bullish experiencing a 67% increase in value since last Friday, but the tables have turned now.

What is the Ape Coin and What is Driving It?

The ape coin is the coin for the ApeDAO – an unofficial DAO affiliate of BAYC {Bored Ape Yacht Club} NFT collection.  The Apecoin fuels the ApeDAO and it is the token of the ApeDAO project.

The Apecoin is a governance token meaning that holders vote to make critical decisions on the project. Just as it is with other DAO projects, token holders can vote and make the decision by virtue of the coin that they possess.

Also, holders can propose actions using their tokens that can be implemented when codes are changed. So, to make major decisions on the ApeDAO, you must possess Appcoin.

Recently, there have been more proposals in the ApeDAO which is an outward representation of the internal proposals made by token holders. The three major proposals known as Ape Improvement Proposals {AIP} will close on the 4th of May 2022:

AIP-21 and AIP-22 propose sustained Ape Coin token staking. Generally, staking is the earning of rewards after depositing crypto into a smart contract.

While developments in the ecosystem are happening, APE’s price has shed a considerable value owing to larger market implications. The coin’s price can dip further in the near term if BTC’s price faces a fall under the $37K mark.

Twitter Sell-Off to Elon Musk and its Implications for Dogecoin