The controversy regarding Bitcoin mining and its connection with environmental issues has always been the topic of mainstream crypto space media. Recently, the crypto industry has experienced severe bearish blues. This decline also harmed the Bitcoin miners. Amidst this crypto winter, several crypto miners were shocked and started selling their Bitcoin holdings.

However, a recent report called ‘How Bitcoin Mining can transform the Energy industry’ was published by the crypto research and analytic group Arcane Research. The report indicates the possible advent of better days for Bitcoin miners. The report admires the energy efficiency of BTC and states that it has the potential to revolutionize the energy industry.

According to the report, instead of causing any harm to the environment, Bitcoin mining can contribute to boosting energy production. The research report contradicted the widespread perception that Bitcoin mining requires an immense amount of energy consumption. The report even stated that the net impact of Bitcoin is positive on energy, society, and the environment.

The question, however, arises is, how much of it holds? If we look at the facts that the research report has brought to light, we can see that the increase in demand for BTC over the past few years has led to a considerable increase in BTC mining. However, considering all sectors of the world that consume energy, BTC mining holds a tiny part of the entire energy consumption. This is a crucial detail that several critics have missed.

As per the graph below, BTC miners contributed to an annual consumption of around 100 TWh of energy, which amounts to around 0.06% of the entire energy requirement worldwide. If we compare this to other sources, this figure is pretty much insignificant at this point. 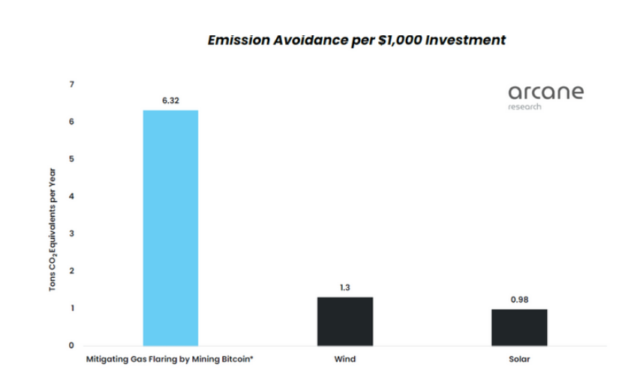 While comparing the Bitcoin and gold mining and gaming industries. Bitcoin mining consumed approximately 105 TWh of energy per year, the annual energy consumption for the other two industries accounted for around 240 TWh.

Up until now, annually, Bitcoin mining can cut back carbon emissions up to 6.32 tonnes for investments worth every $1000. On the other hand, solar energy contributes 0.98 tonnes and wind energy with 1.3 tonnes. The report also mentioned that BTC had registered a 9.26% hike in difficulty adjustment, registering it at 751,968.

While the BTC miners have confidence in the major crypto despite the bearish trends, the issue regarding mining revenue is still a dominant hurdle for them.

Why Do Flash Loan Attacks Occur in DeFi Ecosystem?