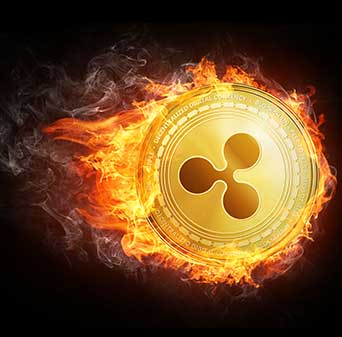 Ripple, the blockchain payments company behind XRP, is interested in buying the assets of the insolvent Celsius lending platform. Celcius officially went bankrupt on July 14, 2022. A spokesperson for Ripple Labs told Reuters that Ripple is genuinely interested in learning about Celsius.

However, the spokesperson declined to comment when asked whether Ripple intends to acquire all of Celsius. What’s surprising is that Celsius’ CEL token went up by 23% after the news broke. Even since Celsius went bankrupt, CEL is up more than 500% from a low of around $0.4 and is trading at $2.43 at press time.

According to the bankruptcy filing, Celsius’ assets include cash, CEL tokens, various cryptocurrencies in custody accounts, loans, and a Bitcoin mining business. When it comes to debt, however, Celsius still recorded a $1.2 billion shortfall on its balance sheet.

The filings show that Ripple is not one of Celsius’ significant creditors. However, the company filed a representation request in Celsius’ bankruptcy proceedings last week.

Even so, the story that Ripple has “eyes” on Celsius is entirely valid, as the company’s CEO – Brad Garlinghouse, has stated that Ripple will be more aggressive in its merger and acquisition (M&A) strategy in the near future. This has proven true since Ripple established a new office in Canada and Colombia and integrated the XRPL blockchain into the National Land Registry.

On the other hand, Mr. Brad Garlinghouse also affirmed that Ripple does not have the word “slowing down” in their dictionary. Even with the difficulties of 2022, this will be the best year for Ripple. The fact that the company has positive cash flow and strong financials on its balance sheet, owns $1 billion in cash in the bank, and is valued at $15 billion by share buybacks from a $200 million funding round in 2019 is an impressive thing.

The bears successfully pulled the price of XRP below $0.37 on Aug 9 due to heavy selling by traders.

It’s not all bad news, though, as the bulls bought up some of the dips and pushed prices back above the 20-day EMA. As the buyers continue their attempts to push prices higher, they will be met with resistance near $0.41. If they succeed, XRP could rise to $0.48 and later on from there.

The current price action in this market suggests that it may remain range-bound between $0.30 and 39 for a few more days but don’t count out the possibility of an upside move.

The Pros And Cons of Metaverse For Small Businesses