Jackson Palmer, who happens to be Dogecoin’s co-creator, shared his feelings toward Elon Musk during a recent interview. Musk is the CEO of SpaceX and Tesla and one of the crypto coin’s most well-known advocates.

Jackson Palmer created “a decentralized, peer-to-peer digital currency” in conjunction with Billy Markus. When Dogecoin was released nine years ago, on December 6th, 2013, it was seen as a friendly and fun digital currency. Interestingly, the mascot of Dogecoin is a Japanese dog breed, the Shiba Inu. 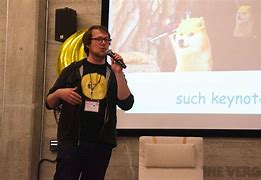 Furthermore, on May 17th, the first episode of GRIFTONOMICS, a podcast by Dogecoin co-creator Palmer, was released. The episode featured an interview with Crickey, a news outlet based in Australia, where he spoke about the crypto space.

Palmer, who isn’t so keen on crypto, believes the crypto space is more hyped than it ought to be. He has several grifters. A grifter is a person who sees nothing wrong with amassing wealth through dishonest means.

“I still see heaps of money being funneled in by crypto promoters. They’re waiting for a fresh batch of fools to come in. This happens in cycles. You wait for a while for the collective memory of the world to forget about how much of a scam it is.”

Palmer went on to express his displeasure over crypto not ending soon.

“Sadly, I wish it was the end of crypto, but it’s not. More holistically, in this system of griftonomics, hypercapitalism, and rentier capitalism, more and more people are doing nothing but making money off doing nothing. It’s kind of f***** us all up. It’s given people this weird mental issue that 5 to 10 years ago people would have had the common sense to say ‘that’s weird.’  Even if it’s fraudulent, they think ‘do I really care’? “ 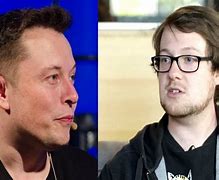 Speaking of Tesla CEO Elon Musk, the Dogecoin co-creator referred to Musk as a grifter, further stating that Musk makes promises hoping he can fulfill them. Palmer had this to say,

“He’s a grifter. He sells a vision in hopes that he can one day deliver what he’s promising, but he doesn’t know that. He’s just really good at pretending he knows. That’s very evident with the Tesla full-self-driving promise. About a year ago, when Musk was saying something about crypto, I said, “Elon Musk was and always will be a grifter, but the world loves grifters.”

Related Topics:cryptoDogecoinElon Musk
Up Next