As the extreme fear sentiment continues to run across the crypto market, Bitcoin kicks a new week fresh from a new multi-week low

After tumbling below $21,000 over the weekend, the king coin is consolidating around 10% lower than a week ago due to highly nervous sentiment. Some expect new lows and warn of a difficult few months ahead, and many bulls deal with long and short trade positions.

The U.S. Federal Reserve’s annual Jackson Hole symposium is scheduled this week. September will form a showdown regarding inflation and associated macro price triggers. This would also bring fresh volatility across risk assets during and prior, something weary investors will no doubt not welcome after last week’s BTC/USD crash.

On the other hand, miners are giving strong signals that the worst is over, as the hash rate rebounds from a rare “capitulation” phase. With that in mind, let’s look at five market-moving topics relevant for further Bitcoin price trajectory.

All eyes are stuck on the annual Jackson Hole symposium as Federal Open Markets Committee (FOMC), Fed officials, and banking figures from around the world are expected to meet on Aug. 25-27. The United States Federal Reserve is again in the driving seat regarding possible macro price triggers for risk assets this week.

Lately, inflation under the Fed’s jurisdiction has begun to cool, while the story remains opposite elsewhere. The latest U.S. inflation data is still months away, but that might not stop Fed Chair Jerome Powell from hinting at how the Fed will react while revealing a framework of upcoming economic policy.

With this in mind, volatility could easily pick up before and during the event, making Jackson Hole a pivotal item to watch in traders’ eyesight. It also remains to see whether the market will favor another 75-basis-point funds rate hike in September or prefer a lower 50-point raise.

Amid the bearish market, investors, instead of fleeing BTC exposure, have been piling into the market at a noticeable pace in recent days. 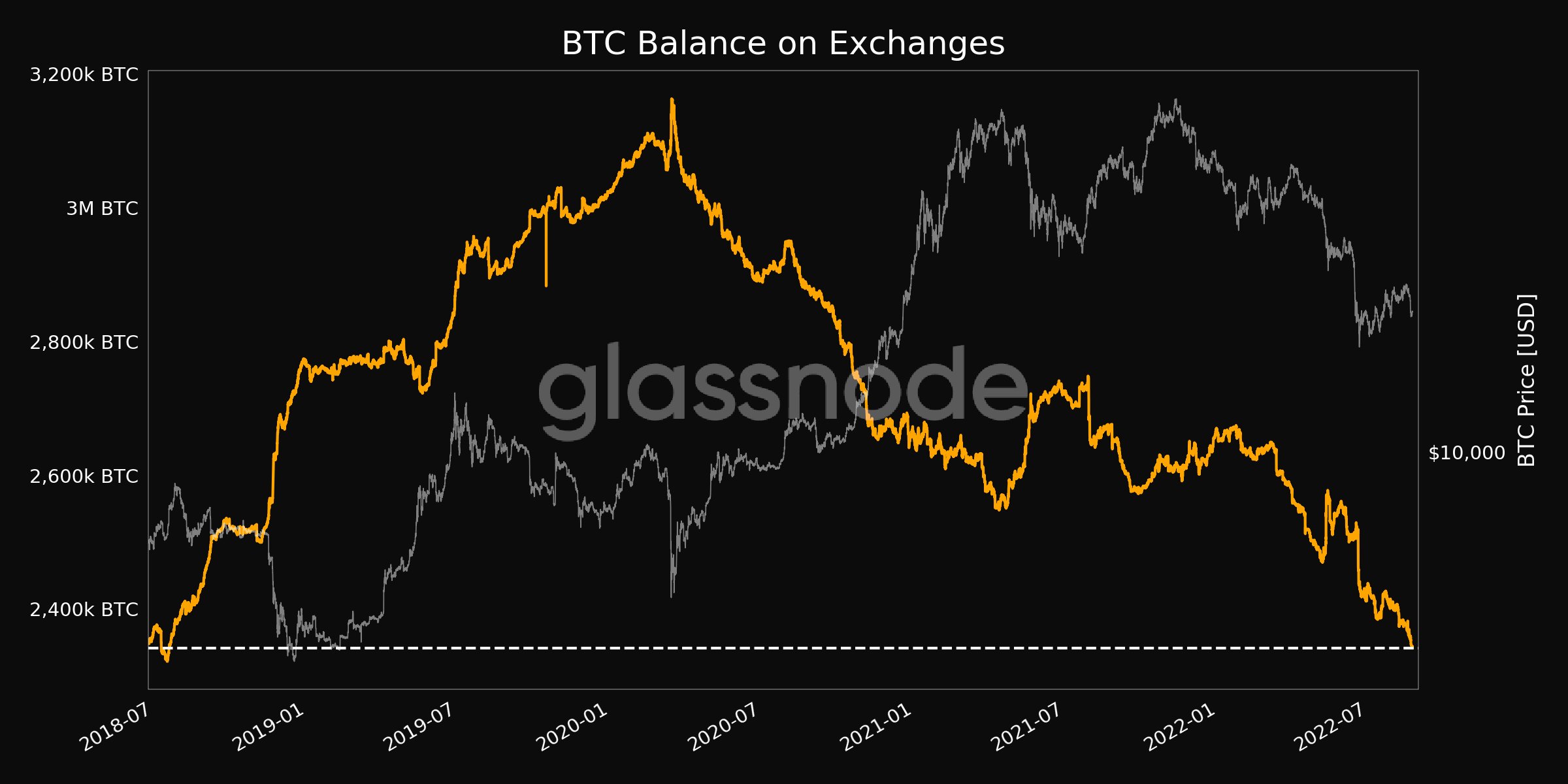 According to the Crypto Fear & Greed Index, which uses a basket of factors to give a normalized score for market sentiment, “extreme fear” is just a step away. At 29/100, the Index is four points off a return to its extreme fear bracket, having hit 27/100 in the weekend. This represents a drop of 40% in a single week. Seven days prior, the Index was at 45/100, recording its most optimistic levels since April.

Bitcoin somehow managed to stave off major volatility over the weekend but still saw a new low for August as a low-volume weekend. After the sudden drawdown, BTC/USD spent subsequent days in an overall consolidation pattern.

As per Michaël van de Poppe, BTC/USD may cap any dip at the CME futures, around $21,200. He implied gains would be more problematic for most of the market, given the overall bias for the downside to entering.

Experts Unveil the Biggest Problem with Ethereum after the Merge

These Technical Signals Suggest BNB Would Rise above $360